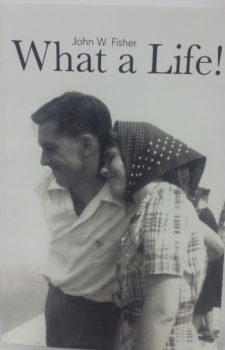 Although raised in Tennessee, John W. Fisher II would marry Janice Kelsey Ball from Muncie, Indiana, in 1940, join her family’s glass company in management and become one of the most significant corporate and community leaders in Indiana during the latter half of the 20th century. A partial list of his impressive accomplishments includes:

His other accomplishments, including his generous philanthropy and helping to raise a family that would ultimately include seven children and 29 grandchildren, will take hundreds of pages to document. Even then, this book does not pretend to capture all of John W. Fisher’s extraordinary life, but it is hoped that it will provide at least a glimpse.