Those designated as Randolph County Heroes will have their names on a plaque at the Foundation office and will be featured in media outlets.  The Randolph County Heroes Fund is a wonderful way to remember someone who has passed and a great way to honor those currently working to make Randolph County a better place to live. Our newest hero, Bill Richmond, was nominated by David Rogers, President of Whitewater Broadcasting. 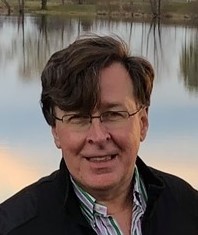 Bill Richmond is the oldest of five children, born to Robert and Phyllis Richmond in Cambridge City, Indiana. After working nine years at Richmond State Hospital, he followed a job opening in Winchester with the News Gazette. For the past nearly 26 years, it seems that Bill has been present for most anything and everything of importance that occurred in Randolph County. With an eye for detail, an understanding approach, and an objective mind – he has been the faithful chronicler of our community and the people who make it the great place we know it to be. Many local politicians started their careers by talking to Bill about what they hoped to accomplish and he conveyed to the community what it needed to know. He never promoted his own interests; he was never judgmental or prejudiced by their values or party affiliation – instead determined that it is up to the citizenship to determine who will lead them and whose vision would rule the day.

Although he is a keen student of music and art, he never much let that interfere with his reportage – determined to stick to a “Just the facts, ma’am” approach. On several occasions, Bill has said the thing he likes most about his job as a reporter and editor has been the opportunity to meet people, learn about their lives and experiences and to share those lives with the rest of the community. Like drawing a sketch of an individual, he strives to capture the unique individual personality of his subject. It was obvious that Bill spent many long workdays that went into the process of writing stories and taking photos for the front page of the newspaper six days a week, doing society news and writing obits for most of that period. Lots of hours were spent at governmental meetings – essentially every meeting that did not have a conflict in his schedule. In more recent years, Bill has focused on reporting through the wide-reaching medium of radio with weekly recorded interviews. This added to the character and personality of the topic. Upon his retirement, Bill was nominated as a Randolph County Hero by Dave Rogers (President of Star 98.3 WZZY); a clear indication of the significant impact he has had through this endeavor.

Beyond his dedication to a demanding career, he has also been involved with the Children’s Advocacy Center of Randolph County, Winchester Main Street, the Randolph County Airport Board, the Randolph County Sheriff’s Department Merit Board, Lynn Preservation Society, the Art Association of Randolph County, and advocating for Randolph County United (previously REDC). He and his wife Sara Shierling attend Countryside Christian Church where she is the church pianist, choir, and bell choir director, and he is an elder and deacon. They, along with cats Spankie and Sammie, will soon relocate to Austin, Texas, where they will be able to more conveniently spoil grandsons Benji Lopez and Ford Cazel.

Thank to you Dave Rogers for making this nomination.

Thank you to Missy Williams and Sara Shierling for their significant contribution to this piece!